10 Big Companies That Outsource to India and Their Struggles

10 Big Companies That Outsource to India and Their Struggles 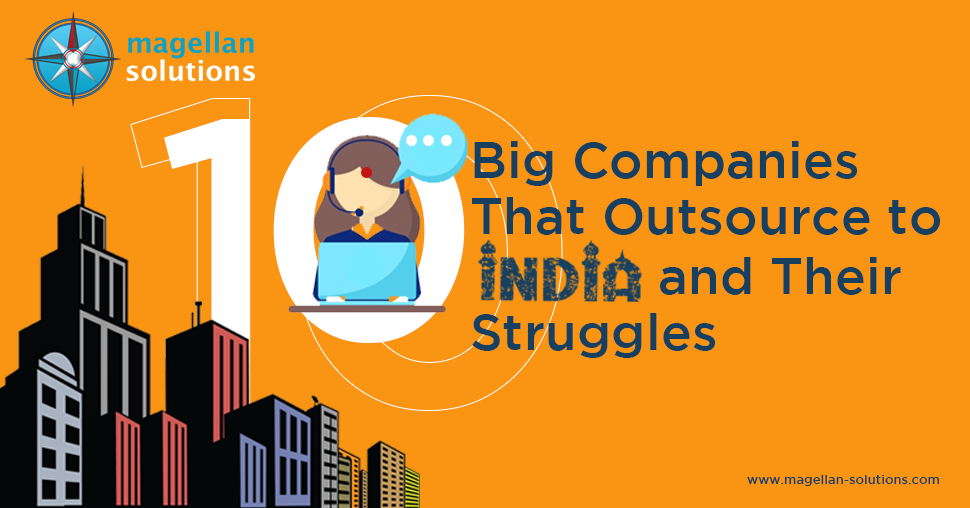 The number of companies that outsource to India grew rapidly over the years. Some key reasons have pushed the industry further – government policies, infrastructures, and a large population. Such factors have enabled India to provide quality solutions at a low cost.

When outsourcing minor business aspects, companies would consider India. In a recent survey conducted in the USA, 85% of American companies that outsource to India deploy their non-core business processes. Some of the most common outsourced services are telehealth services, data processing, photo editing, e-commerce management, website design, and search engine marketing.

However, even the promising outsourcing destination faces business downfalls. India is now facing serious competition in the outsourcing market. India has reported a 70% loss of voice and call center business to competitors like the Philippines and European countries. Lack of data security and a multi-linguistic approach are some challenges affecting India’s performance.

Despite challenges, India remains one of the top outsourcing providers worldwide. It is because its BPO is the fastest-growing segment of the IT industry. Here’s a list of the 10 big companies that outsource to India and their struggles:

Companies That Outsource to India

There are many reasons why some US companies outsource their IT support to India. One of them is the low labor cost. Microsoft, a technology company, takes advantage of this reason. This company decided to expand its software development operations in India. The purpose of outsourcing was the movement of work to cheaper labor in Indian markets.

Microsoft signed a three-year outsourcing deal with Infosys Technologies in 2010. This IT consulting company in India managed the internal IT services of the software giant. The deal included services such as IT help desk, desk-side services, and application support. The agreement covered over 450 locations across 104 countries.

Microsoft is still in tight partnership with the Indian BPO industry. Despite the ongoing struggle of India with cybersecurity challenges, it received support from the company. In fact, Microsoft increased cybersecurity investments in India. This is to address the cybersecurity risks present in India’s IT industry. Microsoft believes that building a secure computing environment is crucial to India’s digital transformation.

American Express (AMEX) has been practicing business process outsourcing in India. It decided to offshore its back-office operations to India. In fact, it opened its Financial Center East in New Delhi in 1994. This company entrusts its customer service to some companies in India and the Philippines. Companies who have worked with AMEX are Infosys Ltd and Tata Consultancy Services.

However, AMEX was once sued for sending customer calls to India. Some law firms have filed class-action suits on behalf of financial institutions. Complainants stressed that AMEX violated the Right to Financial Privacy Act and Consumer Protection Act. This is because of the company’s process of outsourcing customer call services abroad.

Sending customer financial data to foreign nationals was a major concern. It was raised that data transmission might be intercepted by any foreign governments. Given this situation, a customer’s privacy can be violated. Information security has emerged a significant concern among US companies. It has forced some corporations to relocate their call centers to the US for compliance purposes.

This networking giant is one of the companies that outsource sales. It has invested over $150 million to expand its technology development enterprise in India. The company had aimed to develop fast solutions and technologies to meet customer demands. This urged Cisco to set up its second-largest research and development facility in Bangalore. The facility has operated with over 1,500 Indian technical professionals. 24-hour monitoring and technical sales and support are some of the services provided.

India is the only country where Cisco outsources software and product development work. Although there is difficulty in finding talented developers, Cisco had set plans with India. The company eyes to invest more and benefit from its pool of skilled professionals. It even held plans to hire engineers globally and outsource its development requirements to Indian software companies instead.

This automobile giant had outsourced initially its back-office work to India. Later on, it started outsourcing its IT and customer services too. Ford also set up a software development facility in India to manage its e-commerce solutions. Ford outsourced their call to India because of it’s incredibly cheap call center pricing. This is to provide their clients access to reliable 24/7 customer support. Phone, email, and live chat support services are among primary services.

Since 1994, Oracle’s software development operations have been running in India. This company tapped into India’s potential by setting up centers in Hyderabad and Bangalore. The company’s global support center, divided between Bangalore and Hyderabad, offers technical support on Oracle products. While a shared-services center in Bangalore provides back-office services to Oracle subsidiaries.

Larry Ellison, CEO of Oracle, said that English language skills have been important in developing the service sector in India. However, India’s communication problems have long been inflicting its BPO industry. India has many dialects and perfecting their speech clarity in English is a challenge. It’s important to note that poor English skills can develop a gap between the client and the outsourcing partner. This can also sometimes generate wrong outputs.

GE is one of those companies that invested in setting up a research and development center in India. The company invested roughly $130 million to equip its center with the latest tools and technology. The Bangalore GE center caters to suppliers, customers, branches and other technology centers across the world. The company by far has 3,000 to 4,000 IT roles outsourced to India.

Dell set up its first center in Bangalore in 2001 and opened a second site in Hyderabad in 2002. This company was also among the earliest computer companies to outsource customer service and technical support calls to India. However, it dropped its Indian call center in 2003. This is due to the following customer complaints about the quality of service.

Language and cultural rifts between U.S. customers and Indian support staff were some issues. This outsourcing failure caused some call center operations to move back to the US. Support for small-business and consumer accounts only remained in India.

Dell CIO Randy Mott said that India was unable to handle the volume of calls. Moreover, India’s thick accent resulted in a decline in customer satisfaction. For Dell, this call center failure was a lesson. It taught them to improve their tech support and other customer services.

This Australian telecommunications company eyes for more partnership with India. In fact, it had previously outsourced its in-house talents from Indian third-parties. Australia’s workforce is currently too small to meet Telstra’s need for specific skills. This is where India’s huge workforce takes place as an advantage.

As part of its massive restructure, Telstra outsourced to India to fill new software engineering jobs. Roles in software engineering, information and cybersecurity were outsourced to India. According to Telstra CEO, these roles are sourced where the best talent is available. Also, Telstra is set to create a new Telstra innovation and capability center in Bangalore. Telstra CEO said this could strengthen their presence in India.

In 2004, Telstra earned the ire of the government and trade unions. This is because of the company’s plan to move 450 jobs to India. Workers, consumers, and industry experts even planned a rally outside Telstra’s headquarters. Many believed that Telstra has shown a lack of support for local workers and the local industry. For some, the plan can be at the disadvantage of people working in the Australian IT and call center industry.

Barclays is one of those UK companies that outsource to India. Several years ago, Barclays moved its in-house technical support center from England to India. This move resulted in many staff losing their jobs. The company said outsourcing to India can improve productivity and efficiency. The U.K bank also had its retail business in India. It’s retail banking operations include mortgages, consumer loans, and credit cards. However, the company decided to withdraw its retail business in 2011.

Barclays expected the next big thing in India and the anticipation backfired. Deven Choksey, a Mumbai-based stockbroker said many foreign banks fail in India. This is because they apply western standards in a country that has very specific cultural and differences compared to the west. He added that a local approach is necessary for building a strong BPO joint venture.

IBM caught the attention of US labor markets after it moved well-paid jobs to lower-cost countries like India. The company employed 130,000 people in India, while 100,000 people at its American offices. It was found that IBM employed more workers in India than in the US. Although it outsourced a lot of its operations to India, IBM experienced a decline in sales. This is due to compromising their quality services at a low cost.

IBM took advantage of outsourcing to India to cut costs. This is because they can pay experts in India at $17,000, compared with $100,000 for a senior IT specialist in the US. Technical work like software development is sent to India with extremely low skilled specialists and very high turnover. This may result in customers experiencing a slow turnaround time. Also, there is no continuity in the project delivery since outsourced talents are always rotating.

Key Considerations in Looking for an Outsourcing Partner

There is more competition among BPO companies today than ever before. With numerous emerging outsourcing providers, finding the best partner is not easy. Choosing the wrong partner might put your business at a disadvantage.

Efficiency, infrastructures, culture, and management are things you must consider in looking for a BPO partner. With the challenges experienced by the above companies that outsource to India, you might be thinking whether it is still a smart move to focus only on a single outsourcing destination. Besides, you may also not want your business to experience such failures too.

Don’t worry! There are countries out there that are trying to improve their position to become alternative offshore locations to India. Investors all across the world — US, UK, Australia, and the like — find the Philippines as a perfect place to develop their business operation. Outsourcing to the Philippines means outsourcing to the world’s largest destinations for business processes outsourcing. This includes outsourcing customer support, IT, software development, and lead generation.

Would you like to work with a highly educated, westernized culture, and cost-competitive workforce? Contact us and we will provide you exceptional customer service of the Philippine BPO industry!

10 Big Companies That Outsource to India and Their Struggles was last modified: November 25th, 2020 by Magellan Solutions 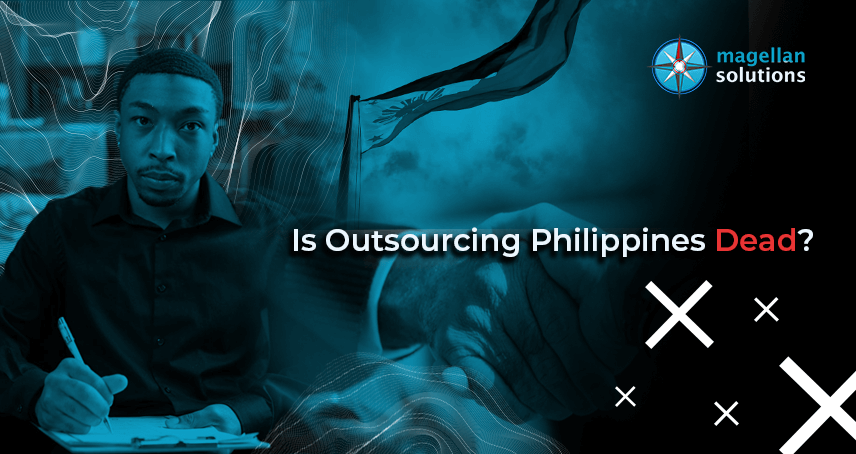 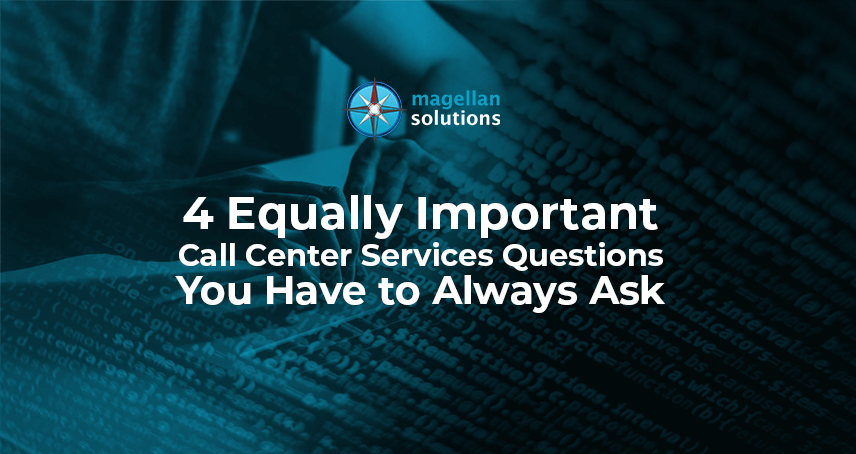 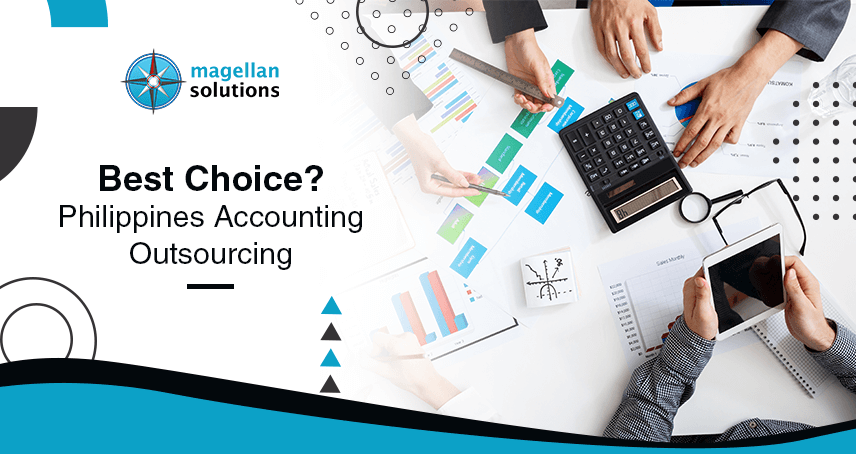 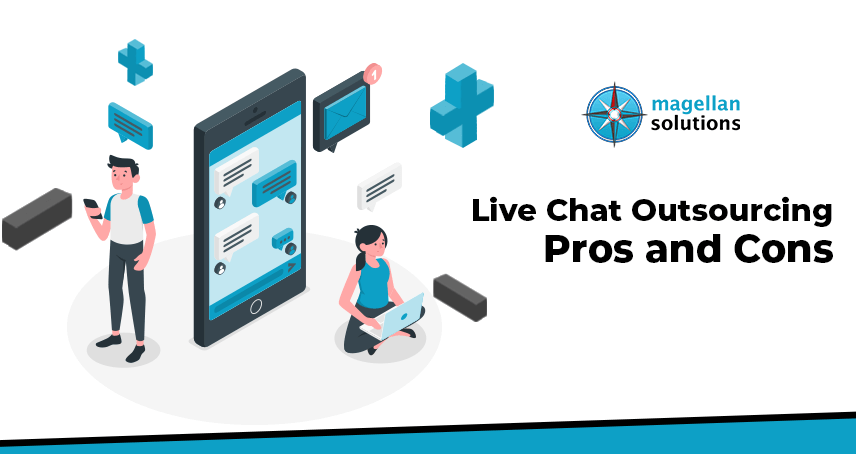 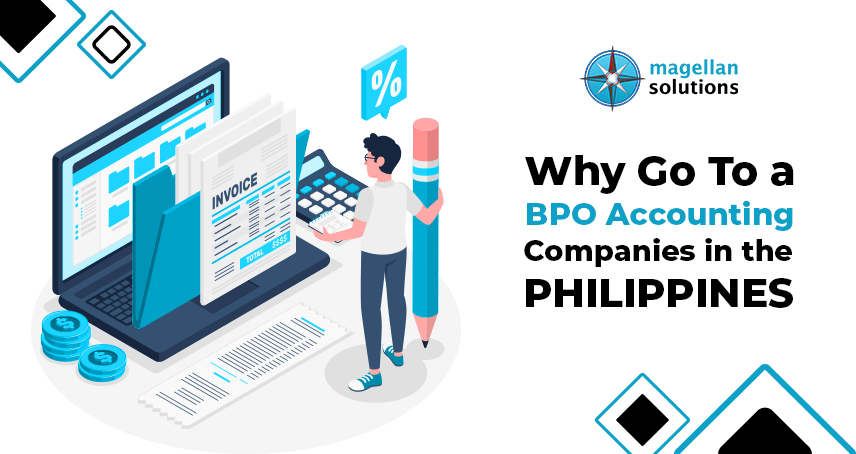 Why Go To a BPO Accounting Companies in the Philippines? 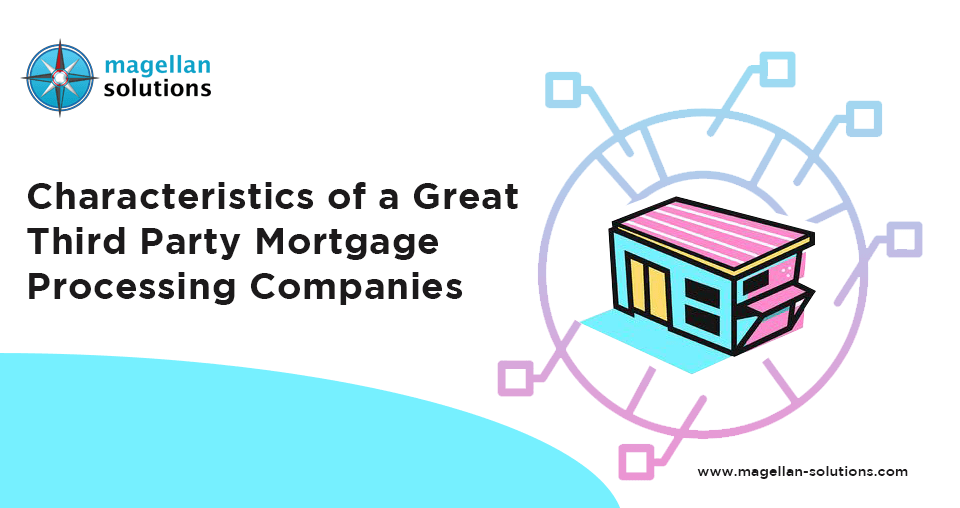